Drink in these different deductions

Finding items to deduct from tax returns is everyone’s goal.

Here are some not so typical things – courtesy of the U.S. Tax Court – that have been ruled deductible expenses in individuals cases. You may want to rethink your calculations to consider: 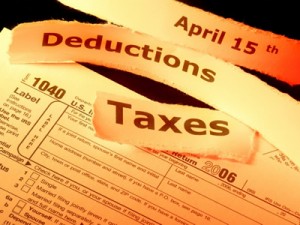 Sansone Accounting & Tax is a provider of accounting and QuickBooks services and keeps an eye on taxation issues for clients. Sansone is known for guiding clients through planning and preparation decisions to minimize tax liabilities and help increase business efficiency. Whether it is QuickBooks or new business taxes, the firm prides itself on being available to play a major role in supporting financial, record-keeping and tax-planning issues. To schedule an appointment with one of Sansone’s certified public accountants, call (815) 459-4300.