Action has been taken in Ohio to keep some residents from being double-taxed for emergency response dispatch services. 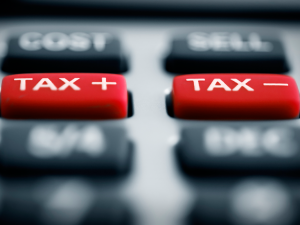 State lawmakers have passed legislation that restricts government bodies from imposing tax levies on individuals not covered by a service. A Delaware County referendum was being prepared to replace the levy for 911 services that expires at year’s end.

However, Columbus and two other municipalities get their emergency response dispatching from a provider other than Delaware County. Under existing statutes, because the replacement tax is county-wide, it would have been imposed on all county residents, including those getting 911 services elsewhere.

Residents of Columbus, Dublin and Westerville would have been taxed double for emergency response dispatching if House Bill 277 had not been passed.

“It’s been a long process,” Patrick Brandt, director of emergency communications for Delaware County, told the Columbus Dispatch about the year-long effort to change the law. “It was a good outcome for everybody.”

The glitch was seen last year when Delaware County leaders were working up the replacement for the 911 levy, which generates about $2.25 million each year.

The county prosecutor’s office determined that under existing laws because the replacement tax was county-wide,  all county residents – even those in Columbus, Dublin and Westerville – had to be asked the referendum, and taxed, if the ballot question passed.

“Without House Bill 277, 911 funding for Delaware County could have been in grave danger due to the amount of ‘no’ votes we would have received in the areas that would be double-taxed,” Brandt said.

He said it was not known how many households would have faced the double tax without the legislation.

The Ohio deadline for placing referendums on the November ballot is Aug. 10.