Japan’s public pension fund is suing Toshiba over the accounting embarrassment that rocked the electronics company. 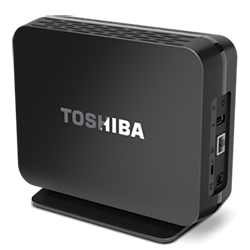 The pension fund is seeking nearly $10 million in damages from the company.

Japan’s $1.3 trillion Government Pension Investment Fund, the largest public pension pool in the world, is the first institutional investor in the country to sue Toshiba over its $2.1 billion accounting scandal. Fifty of the company’s individual investors filed a joint lawsuit against Toshiba in December.

A GPIF spokesman confirmed with the Wall Street Journal that there was a lawsuit filed by an asset manager against Toshiba, saying that the suit was filed on behalf of the Investment Fund. The asset manager, Japan Trustee Services Bank Ltd., said it is suing on behalf of investors, but declined to comment further.

Toshiba CEO Satoshi Tsunakawa would only say “We will wait and see the developments. Our journey to restore investor confidence and trust has just begun. We will make more efforts, with a sense of vigilance.”

For years, Japanese officials have been urging investors to improve medium- and long-term returns for clients and pensioners. In 2014, the government issued the Japan Stewardship Code, spelling out businesses’ responsibilities.

Share prices of Toshiba had dropped sharply since September when the firm revealed it had overstated earnings by $2.1 billion over seven years. It is one of the biggest accounting scandals to hit the country in recent years.

The public pension fund has sued companies in the past over accounting issues. The GPIF has gone after Livedoor Co. and Seibu Railway Co., both of which settled case with the government.

GPIF joined in a group lawsuit in March when nearly 300 institutional investors sued Volkswagen in connection with its emissions scandal. The German car maker admitted last year that 11 million vehicles were equipped with software to cheat emissions tests.

In the Toshiba case, Japan Trustee Services Bank is seeking $9.2 million in damages because of the company’s $800,000 drop in share prices.

The public pension fund’s lawsuit “is likely to be welcomed by overseas investors as a sign that there’s progress in the strengthening of governance,” according to Matsui Securities senior market analyst Tomoichiro Kubota.

He said other investors may not file lawsuits against Toshiba right away but “the hurdles to filing a similar lawsuit are lower.”

Sansone Accounting & Tax keeps an eye on accounting issues for its clients. Sansone is known for guiding clients through planning and preparation decisions to minimize tax liabilities and help increase their business efficiency. Whether it is transitioning to QuickBooks or lowering business taxes, the firm prides itself on being available to play a major role in financial, record-keeping and tax-planning issues. To schedule an appointment with one of Sansone’s certified public accountants, call (815) 459-4300.