Women have been dealing with inequalities in the workplace for decades, but are they are also being discriminated against at the clothing rack?

A Texas A&M professor is questioning why tariffs are higher for women’s imported garments than imported clothes for men. 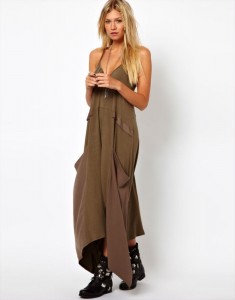 Lori Taylor, a professor at A& M’s George Bush School of Government and Public Service, has been addressing the topic since reading an article on the issue eight years ago.

She said that she can’t claim the U.S. tax code is discriminatory on purpose, but noted that it is unfair nonetheless.

The different taxation of apparel based on gender cannot be substantiated, Taylor wrote in a brief for the Mosbhacher Institute for Trade, Economics and Public Policy. She said the gender bias in the U.S. tax code needs to be rectified.

Tariff rates can vary based on the material used in clothing, the country the material originates from and where the article of clothing is assembled.

According to Taylor, sometimes a rate stems from a policy decision made so long ago that the governing individuals can’t remember who made that decision.

The professor’s research shows that with all things being equal (same material and the same countries for the material’s origin and the garment’s creation), tariffs on suits, jackets, leather shoes and silk shirts vary based on the sex of the buyer.

According to Taylor, who investigated the Harmonized Tariff System, there are times when the tariffs on men’s garments are higher than clothes for women, but those are the exceptions. The rule, she noted, are that tariff’s on women’s clothes are normally higher. She said there is no evidence as to why the women’s clothing tariffs should be at a higher rate.

Taylor noted that regardless of whether a reason can be found or not, taxation based on the consumer’s gender is not proper public policy.

She said the easiest way for the tariff issue to be resolved is for Congress to pass a law allowing for the importers of garments to choose the male or female tariff – whichever is lower.

Taylor said such a move would be a boost to the retail industry, which would pass savings on to consumers. The professor said that move would also result in a more equitable tax code and reduce the “pink tax” – the extra amount that women are charged for certain products and services.

“I don’t know if there’s any traction on Capitol Hill because people don’t seem to be aware of the difference,” Taylor said. “It will require congressional action. I doubt this kind of change could be an initiative from the existing bureaucracy.”

Sansone Accounting & Tax is a provider of accounting and QuickBooks services and keeps an eye on taxation issues for clients. Sansone is known for guiding clients through planning and preparation decisions to minimize tax liabilities and help increase business efficiency. Whether it is QuickBooks or new business taxes, the firm prides itself on being available to play a major role in supporting financial, record-keeping and tax-planning issues. To schedule an appointment with one of Sansone’s certified public accountants, call (815) 459-4300.