The taxing demands of Olympians

Raking in $25,000 for a gold medal is a nice bonus for U.S. Olympians — until nearly 40 percent of that goes to the Internal Revenue Service. 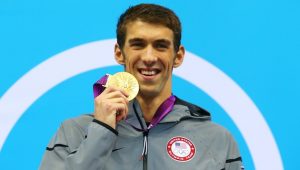 In the aftermath of the Rio Olympics, more attention is being placed on the requirement that athletes give a good chunk of their bonus money for medal-winning performances to the IRS. They even have to declare the metal in their medals as an asset.

As people learn how little most U.S. Olympians earn and how much of their bonus money for medals the government takes, there is a growing outcry for tax reforms for these athletes.

The U.S. Senate has passed South Dakota Sen. John Thune’s Appreciation for Olympians and Paralympians Act,  a bill which would amend the Internal Revenue Code of 1986 and exclude the gross income of any prizes or awards won in competition in the Olympic Games or Paralympic Games.

Similar legislation was introduced by Florida Sen. Marco Rubio in 2012, but failed to be passed.

A U.S. House of Representatives version of Thune’s bill is sponsored by Texas’ Blake Farenthold, but is stalled in the House’s Ways and Means Committee.

“We’re hoping to make a push for this when we come back to session, but there’s no floor schedule yet,” Elizabeth Peace, communications director for Farenthold, told Fortune magazine.

New York Sen. Chuck Schumer has called on congressmen to pass the proposed bill so President Barack Obama, who supports the Olympic tax relief proposal, can sign the legislation and make it law.

“Our Olympian and Paralympic athletes should be worried about breaking world records, not breaking the bank when they earn a medal,” Schumer said. “Most countries subsidize their athletes. The very least we can do is make sure our athletes don’t get hit with a tax bill for winning.”

The Olympic medals themselves are even taxed – up to $501 for golds and $300 for silvers. Bronzes don’t have much value these days (other than in Olympic prestige, of course).

Olympians do get to deduct training and expense costs from their taxes, but many have also had to work regular jobs for years to earn money to live.

Research by the U.S. Track and Field Association in 2012 revealed that half of the nation’s top 10 track athletes earn less than $15,000 per year in their sport. The research also showed that most individuals outside the top 10 get little to no money at all for competing.

However, every four years, marketers and television networks make millions of dollars off of these Summer Olympic athletes.