The scope of work for the United Kingdom’s Financial Reporting Council is slated to shift.

A “sea change,” the council’s chief executive officer said, will move the agency in the coming years from establishing standards to ensuring audit quality. 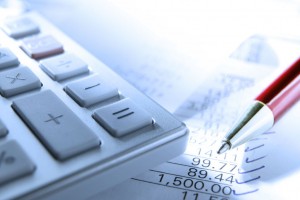 focuses on legal, tax, regulatory and business information, that the agency will move from creating standards – many in response to the 2008 global financial crisis – to providing oversight over audits and ensuring the regulatory system works.

FRC establishes accounting, auditing and actuarial standards in the United Kingdom and Ireland. Haddrill said the agency has no intention of publishing new standards in the next two years besides the European Union’s new auditing rules it is already committed to compiling.

The council now wants to ensure that changes in standards made since the financial crisis are being met.

He added that the council supports the Conservative government’s plan for deregulation.

“We need to maintain the ability to bite, if necessary,” Bischoff said.

The council has 20 investigations in progress, including cases involving KPMGF Audit, Grant Thornton and Tesco, according to the council’s website.

According to Bischoff, the council wants to focus more on audits going forward. He said the organization plans to put a microscope on extractive industries, firms providing services in the private sector, and media companies.

The FRC’s regulatory approach will target information sharing among companies and push for continual improvements in audits and accounting practices, according to Haddrill. The council’s focus on accounting practices will examine risk-management reporting and long-term viability statements.

“We’ll be looking at risk reporting in the months ahead,” Haddrill said.

The United Kingdom is debating whether to stay in the European Union and “we can’t ignore the fact that an EU referendum is imminent,” Bischoff added.

He said the council would not take a position on whether the UK should ditch the EU, but noted that firms should disclose to their shareholders what the risks are to company operations with a bolt from the EU.

“If they think it’s a principal risk to their business, they should state that,” Haddrill added.

Sansone Accounting & Tax is a provider of accounting and QuickBooks services. Sansone is known for guiding clients through planning and preparation decisions to minimize tax liabilities and help increase business efficiency. Whether it is questions about QuickBooks or new business taxes, the firm prides itself on being available to play a major role in supporting financial, record-keeping and tax-planning issues. To schedule an appointment with one of Sansone’s certified public accountants, call (815) 459-4300.