Two years ago, the Crystal Lake Lions rugby team couldn’t even field a team without outside help.

Today, it can take the field at the U-12 and U-14 levels, without outside assistance. The squad started out its first year with just seven players, so it combined with teams from Lake Forest and Arlington Heights just to get the 15 players needed for a match. 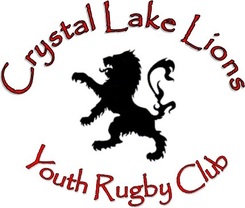 As the program enters its third year, co-director Mike Rickerson said that the squads continue to retain players.

“The majority of the kids (who) start playing enjoy it, so that’s good to see” Rickerson told the Northwest Herald. “It helps them talk to their friends about it, to help recruit.”

The only youth rugby club in McHenry County, the Crystal Lake Lions draw a variety of athletes. Half of the team members are former football players, with large contingents from hockey, soccer and wresting as well.

“It’s a sport for all different sizes, shapes and fitness levels,” Lions co-director Steve Euker said. “There’s all varying levels for all sorts of different kids, and you need all of them … That’s why I think it’s so unique. So many different players of different ability levels can play this game and just fall in love with it.”

The lack of pads and helmets scares away some potential players, Rickerson said, but noted there are rules in place to ensure that tackles are safe during the games. He contends that rugby is safer than other contact sports.

“In football, people tend to use their helmet as a weapon,” Rickerson said. “With rugby, we teach kids to keep their head out of it. No going in with the head, it’s always shoulder. Going in lower, around the midsection, not up high … Per capita, there are probably less injuries.”

The Crystal Lake team does not start up its season again until February. During the summer months, it has non-tackling scrimmages once a week.

“We’re using (scrimmages) to get the ball in their hands during the summer, teach them spacing, get them back in position and stay somewhat fit,” Euker said. “It’s not really part of the club. It’s just something we’re doing to keep the kids active and used to the game.”

Euker hopes to grow the team to at least 75 members next year and start a team at the high school level.

The squad offers individuals the chance to come out to the first few practices in February before making the financial commitment to the team and sport.

“Give it at least three practices,” Euker said, “at least. Try it for a while, we won’t charge you anything for a while. Then at the very end, we’ll sit there and say, ‘We’re about ready to start our tackling drills. It’s time to make a commitment.’ If you like it, and you want to go further and see what tackling is about, you can make a commitment.”

Sansone Accounting & Tax is a provider of QuickBooks and accounting services and keeps an eye on accounting and financial issues for clients. Sansone is known for guiding clients through planning and preparation decisions to minimize tax liabilities and help increase business efficiency. Whether it is QuickBooks or business taxes, the firm prides itself on being available to play a significant role in supporting financial, record-keeping and tax-planning issues. To schedule an appointment with one of Sansone’s certified public accountants, call (815) 459-4300.