Inspected audits of brokerage firms that buy and sell securities on their own account as a principal before selling the securities to customers were deficient 96 percent of the time, a report contends.

The Public Company Accounting Oversight Board said in its annual report that in the first year in which all inspected engagements were governed by new rules set forth by the U.S. Securities and Exchange Commission nearly all audits of broker-dealers were lacking. 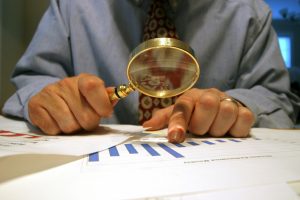 PCAOB annually reports on its inspection program for audits of brokers and dealers.

The agency noted that the SEC had amended requirements that broker-dealer audits all be conducted in line with PCAOB standards. However, the PCAOB said, inspection of 2015 audits showed high levels of deficiencies, no better than inspections in previous years.

Despite the high number of deficient audits, the Oversight Board did say that there was improvement in auditor independence. The agency said that independence impaired just 7 percent of inspected audits in 2015 compared with 25 percent of audits inspected in 2014.

However, PCAOB reps contend, many auditors continue to help broker-dealers with bookkeeping and financial statements.

“While there were fewer independence findings, it is very troubling that we continue to find auditors assisting in the preparation of the financial statements they audit or providing bookkeeping services to their audit clients,” said Robert Maday, deputy director of PCAOB registration and inspections and leader of the Broker-Dealer Audit Firm Inspection Program. “Auditor independence continues to be a focus of our inspections.”

In its fifth annual report, the Oversight Board covered 75 auditing firms and 115 audits. The Dodd-Frank Wall Street Reform and Consumer Financial Protection Act of 2010 gave PCAOB expanded oversight of the audits of brokers and dealers that are registered with the SEC to include inspections, enforcement and standard-setting authority of auditors.

Inspectors identified deficiencies in 78 percent of examinations of compliance reports and 34 percent of broker-dealer exemption reports.

Sansone Accounting & Tax keeps an eye on accounting issues for its clients. Sansone is known for guiding clients through planning and preparation decisions to minimize tax liabilities and help increase their business efficiency. Whether it is transitioning to QuickBooks or lowering business taxes, the firm prides itself on being available to play a major role in financial, record-keeping and tax-planning issues. To schedule an appointment with one of Sansone’s certified public accountants, call (815) 459-4300.