Russia is looking to overhaul its taxes on the oil industry, creating a profit-based system aimed at heightening government resources, according to documents obtained by Reuters. 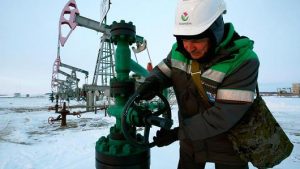 The country’s current oil tax is calculated on production and exports. For years, Russian oil companies have lobbied for profit-based taxation, claiming that such a system would boost production and better show exploration costs and risks.

With low oil prices and Western sanctions, there is a deficit in the Russian national budget. If the new tax proposal was enacted while oil is before $50 per barrel, the country’s budget could still be 50 billion rubles ($771 million) short, but experts contend that the deficit would be eliminated by Russian oil producers increasing production by a third.

The new tax system, ironed out by the country’s energy and finance ministries, would cover both mature and new oil fields.

Representatives of the energy ministry said: “the issue is still under discussion.”

An industry source told Reuters that there are still issues to be worked out with the new oil tax plan.

“Debates are still raging about whether to hike the export fee for fuel oil or not,” the source said.

The increase in oil fuel fees would hit companies that have lagged in modernization efforts launched by the state in 2011 to improve oil quality.

The source said that the mineral extraction tax for gas giant Gazprom is also still on the table.

Alexander Novak, the country’s energy minister, said that the finance and energy ministries had overcome disagreements on the oil tax structure.

The state finance ministry had balked at the tax plan, saying it would let producers hide income to lessen tax payouts.

Brownfields would have their taxes cut from 16 to 20 percent, depending on oil prices. Greenfields in eastern Siberia would see their tax rate jump from 16.9 percent to 19.3 percent.

Many greenfields, which currently have lower taxes, would pay 6 percent more to the state.

According to the source, it is not clear at this time which greenfields would keep the lower tax rate.