An economic think-tank for a trade union is looking to put to rest myths about Ireland’s tax system.

The experts contend that Ireland is a low-tax country in which higher wage earners are not paying more than their fair share, according to international standards. 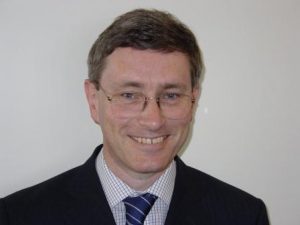 Tom Healy, Director of the Nevin Economic Research Institute, said that conventional thinking in the country is that tax increases are for recessions and tax cuts are commonplace when the Irish economy gets rolling. He said Irish citizens also believe that they all pay too much in taxes (don’t we all!).

“The highly contrived and arcane measure of ‘fiscal space’ is used to concentrate discussion on the equivalent of just a little more than 1 percent of total public spending in any one year,” Healy told the Irish Examiner. “In other words, for every 100 euros of spending on schools, hospitals, roads, teachers … pensions, child benefit, etc., the public debate is concentrated on the one euro of spending at the margin. Even then, the public (is) led down a little pathway of ‘tax cuts’ verses ‘spending increases.’

“That there is a connection between what we spend and what we, as a society, collect through taxation seems to have largely escaped attention. The view universally shared is that ‘I’ pay too much tax or ‘we’ pay too much tax, and ‘they’ ought to pay more or ‘we’ should all pay less and stop throwing money at people on bloated public sector pensions or living off the dole – as the assumed truth goes.”

Healy addressed what he and others at Nevin deem myths around Ireland’s taxation:

He said that Ireland is a low-tax country no matter how it is measured, that high-income earner does not pay more than average compared to other OECD countries, and that low earner in Ireland pays far less in taxes than in other countries, “but this is undoubtedly linked to the fact that the Republic of Ireland has a much more unequal distribution of income and a relatively poor social wage.”