You can almost picture them ready to dump the Tex-Mex into a harbor.

Business owners along Riverside Drive in Espanola, N.M. contend that they have been shelling out cash 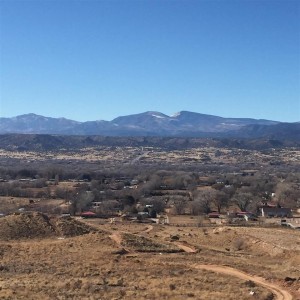 for a variety of Santa Fe County taxes and getting the absolute minimum in services in return. The taxation without representation cries have been around for years in the city that straddles Rio Arriba and Santa Fe counties. When county boundaries were drawn, a portion of the roadway fell within the northern jurisdiction of Santa Fe County.

As of July 1, a gross receipts tax is slated to add another one-eighth of 1 percent tax onto the backs of Santa Fe County businesses.

However, rather than just voicing their displeasure about the move, some Espanola businesses are taking action. They are suing the county over the proposal. They contend that the state Legislature never intended for city businesses to pay a county tax for county services.

In a separate lawsuit, the cities of Santa Fe and Espanola will sing the same song contending that the county tax should not be enforced within their boundaries.

The businesses and cities contend that the proposed tax increase creates an uneven playing field for businesses, which have to pass tax increases on to customers

“It is a regressive tax. It only serves to hurt businesses and the economy as a whole,” Santa Fe City Councilor Bill Dimas told SRF Redress.

He added that any such change should be sought in the state tax codes.

The tax, passed by the state Legislature two years ago, allows cities and counties to have the authority to increase their gross receipt tax rates to make up for revenue lost from not taxing food and medical services.

While Santa Fe and Espanola can levy their own gross receipts tax, they have yet to do so. Should the two cities decide to institute such as tax to balance their budgets, businesses could be hit with a double whammy: a county and city gross receipts tax.

“If I’m having coffee with you and I’m talking to you and we’re talking about where we live or where we do business, we either say the city or we say the county,” said Frank Cooper, attorney in the case for the Riverside Drive businesses. “We refer to them as separate entities, right? Well, taxes should be no different, at least as they apply to this gross receipts tax.”

They are part of the 25 percent of Espanola businesses that will be paying additional tax money to Santa Fe County while their peers in Rio Arriba County pay a lower rate due to geography.

There is a more than 2 percentage point difference in taxes for businesses in unincorporated Rio Arriba County (6.5 percent) and the Espanola portion of Santa Fe County (8.56 percent).

Riverside Drive businesses are hoping for a special election that gives them the option to opt out of Santa Fe County’s jurisdiction. It’s a common theme when Santa Fe County hikes its tax rate.

“It’s been rumbling around for some time now,” Madrid said.

Hopes are that the court action will provide an easier and quicker solution, according to Cooper. He hopes the judge will postpone the county tax hike until at least Jan. 1, which would be after the case brought by the cities of Santa Fe and Espanola is decided.

Sansone Accounting & Tax keeps an eye on taxation issues as a service to its clients. Sansone is a provider of accounting and QuickBooks services. Sansone is known for guiding clients through planning and preparation decisions to minimize tax liabilities and help increase business efficiency. Whether it is QuickBooks or new business taxes, the firm prides itself on being available to play a major role in supporting financial, record-keeping and tax-planning issues. To schedule an appointment with one of Sansone’s certified public accountants, call (815) 459-4300.